Our 13A hurling team played their last Division 1 League game against Faughs on the Juvenile pitch at the club on Saturday, 5th November. The win secured the U13 Division 1 League title for the team. A fantastic achievement and end to what has been a great season of learning and development for the lads both as a team and individually. A big thank you to the all the mentors, parents, siblings & grandparents for all the support during the year. A massive thank you to those who have helped throughout the year with pitch set up, umpiring, jersey washing & first aid. A real team effort from all. And finally, a massive well done to all the lads!!! 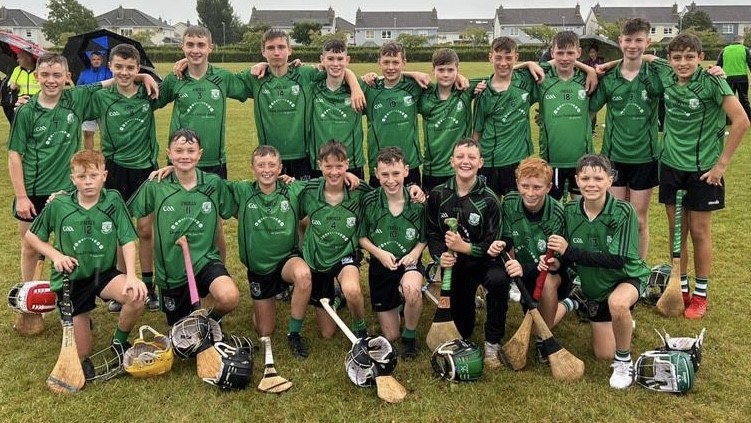 The final game of the U13 Hurling league division 5 was played on the juvenile pitch against Craobh Chiarain on Saturday 5th November. On the day the U13B team were too strong for the visiting team on a perfect November afternoon at the club, and Lucan ran out convincing winners. The win secured the team as winners of the U13 Hurling league division 5.

Throughout the league the team lost just one match in a 10 team league and went on to become outright champions of Division 5 ahead of rivals Beann Eadair and Kilmacud B. The standout game of the year was away to Kilmacud Crokes on the 15th of October in which the team showed incredible skill, grit and determination in strong wind and hail, to win by 4 points.

Congratulation to all the lads, and thanks to all the mentors and parent for their ongoing support.

Having finished second in the league following nine wins, one draw and a one-point defeat, Lucan had home advantage in this promotion playoff. Just before throw-in, a driving wind accompanied by a heavy shower had both teams diving for any available cover. Losing the toss and playing against the wind, Lucan were slow to settle in the game and did not take advantage of early opportunities. Eight minutes passed before Jake Mooney opened the scoring. Finan Breen added a second before a Paul Keegan brace opened a little daylight with 20 minutes elapsed. Two points from Finians then got them off the mark. Mooney put over a second score before the interval but with five wides each, the game felt even enough. The second half started in a similar fashion to the first with no activity on the scoreboard. A Liam O'Connor free from close range was the catalyst and Lucan finally started to click. Oisin O'Brien put over four in a row with some quality strikes but these were interrupted by Finians hitting the post when a goal looked on. Finian's lost some of their mojo with that miss and Lucan went on to take full advantage. Paraic Kelly found the net twice with a lively Evan Hollowed also converting. Shaun Keegan scored two points and O'Brien added another brace. Breen was now cleaning up a lot of ball around the middle and was rewarded by an excellent score from wide on the right. Liam Farrell also got in on the act and O'Connor completed the scoring with the full time whistle bringing some welcome respite for Finians. Cathal Doody displayed very assured handling in goals when called upon. Wingbacks, Rob Moloney and Daragh Reid were very secure and cut off a number of attacks. Cathal Shanahan was probably the hardest working player on the field in the middle of the park. All of the forwards did well plus the subs contributed 3-2 to show the depth developed in the squad. Promotion was a fitting reward for this group who have advanced measurably from last year. Roll on 2023!

Lucan U17A demonstrated their resolve and spirit by returning to winning ways following last week’s defeat in the Hurling championship final. This match had equal drama and was very exciting, Lucan played with 14 men for most of the game following an unfortunate dismissal in the first half, but this never stopped our lads from competing eventually gathering momentum and closing the gaps by taking their points. The old saying take your points and the goals will come, was proven true with some drama in the final few minutes as Lucan, with the last kick of the game scoring a fabulous goal to take the spoils from a great game. We look forward to the final in a couple of weeks time.

The Annual Club Mass to remember members and relatives of members, who have passed away during the last year, will take place on Thursday 17th November at 8pm in the Clubhouse.

Every Monday from 8 to 9pm we host a beginners and advanced group who wish to improve and practice their Irish in a fun way. Learn 20 new words and 20 new phrases each night. If interested please email mograda48@gmail.com or text 0872331983. No cost, a donation if desired to Nagarhope. Fáilte roimh gach duine

Next week’s Lotto will be for a jackpot of €8,600. The draw is sponsored by Clandillon Motors and will be led by Josephine Donohue. 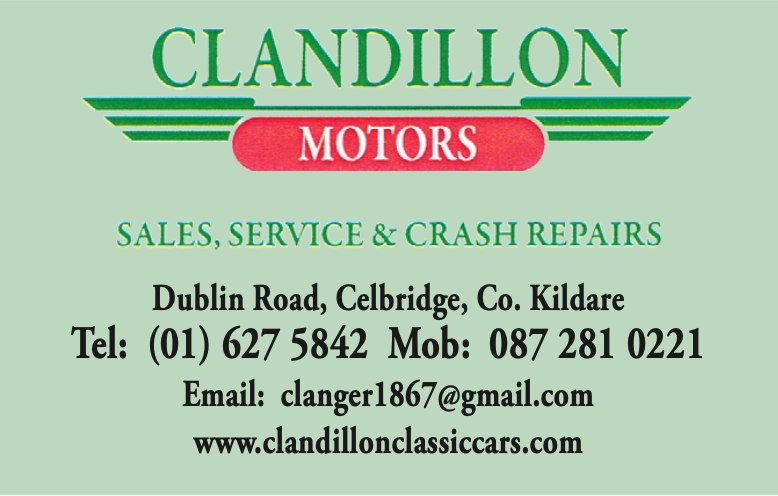 The draw will be held on Thursday 10th November, at 9pm and is streamed from Lucan Sarsfields Clubhouse, on our Facebook page.