Overall, a good week for our adult hurlers with five wins, one draw and one loss from seven championship games played. The Seniors lost their open game against St Vincent’s but bounced back to beat Craobh Chiarán. Junior A’s had two good wins over St Pats and Ballinteer St Johns. Junior B’s had a win over Ballyboden and a draw with St Jude’s, while the Junior C’s had a narrow win over Oliver Plunkett’s and are in action again on Monday night against Na Fianna.

After an opening round loss to St Vincent’s earlier in the week, Lucan seniors got their championship campaign back on track with this relatively comfortable win over Craobh Chiarán. Lucan hurled well in the opening quarter and led 1-11 to 0-4 after 15 minutes, helped by an early well taken goal by Charlie Keher and unerring accuracy from placed balls by Chris O’Leary. However, Lucan lost momentum from there and a goal in the 18th minute gave Craobh a lifeline. The sides traded points as the game became flat and at half-time the score was 1-15 to 1-8. The third quarter was very scrappy with neither team finding fluency and they managed just an additional point each as the game reached the 45 minute mark. Lucan upped it a little to increase the lead with some nice scores from Ciaran Dowling and Paul Crummey. Craobh got a couple of late points to narrow the gap a little again and there was 8 points between them in the end. Lucan were well worth the win but have plenty of room for improvement as they prepare for tougher tests ahead.

Lucan seniors had a disappointing start to their championship campaign as they lost out to St Vincents in this closely contested game at O’Toole Park. The opening exchanges were very even and the sides were level at 0-3 each after 10 minutes. Lucan had edged 2 clear by the 20th minute but a goal from a penalty in the 26th minute brought Vincents very much into it and there was just one between them at half time as Lucan led, 0-12 to 1-8. Vincents got a second goal in the 38th minute but Lucan responded well and the sides were level again 0-18 to 2-12 as the game entered the final quarter. Lucan had missed a penalty opportunity also. Vincents finished the stronger as Lucan missed some good scoring chances and lost out by 3 points in the end. Overall, it was a somewhat disappointing performance from Lucan. They hurled well in patches and created some good opportunities but a combination of poor shot selection and inaccuracy proved their undoing.

Lucan Junior As recorded their second championship win of the week with this comfortable win over Ballinteer St Johns, at a balmy Marley Park. Earlier in the week they had beaten St Pats (P) in a fairly one-sided and low key encounter. This was also relatively one sided but played at a better pace and Lucan showed some very good flashes particularly in the first half, after which the led 0-13 to 0-2. Rob Ward, Rory Stapleton and Emmet Allen were all very prominent in that period of early dominance. The second half was more evenly contested but Lucan were never really troubled and the backs easily dealt with any threat that came their way. Overall, Lucan will be pleased enough to have two wins from two at this stage of the campaign, with tougher tests to come after a short break.

Following on from a midweek, comfortable home win over Ballyboden in the opening group game, Lucan Junior B's made just one change with the injured Joey Byrne being replaced by Tadhg Clandillon. Lucan had to rely on the unlikely free-taking skills of Kevin Roche who converted three in the final quarter and two scores by Evan Lombard to get a draw in a game that ebbed and flowed. Shane Donohoe opened the scoring but had to depart injured following the opening exchanges. Two Lombard scores and 1-1 from Cathal Ó Maolmhána had Lucan ahead 1-4 to 0-2 at the first water break. Yes, they seem to be back! Lucan lost momentum in the second quarter and a sole Shane Coffey point was the only return on the scoreboard despite some very close goal-shouts from Lombard who was lively throughout. Three Judes frees left just a goal between the sides at the break. Judes seized control in the third quarter and started scoring from play. They levelled up before a James Mullins point edged Lucan back in front. Judes continued their upward momentum and added another four scores against one by substitute Aidan Roche by the second water break. Two more Judes scores either side of a Mark Gormley point extended the hosts' lead as the game entered the closing stages. Judes couldn't match the late showing of Roche and Lombard though in the closing act and will be annoyed by some late wides when better composure could have sealed the win. Final score: St Judes 0-16 Lucan 1-13.

Lucan played away in Martin Savage Park on Thursday last in the opening group match of the championship. Lucan had the better of the opening exchanges and were four up after ten minutes and led 7-4 on fifteen minutes. Cathal Shanahan then made-all from the middle of the field and eventually found the net. Plunkett’s replied with two points and hit the crossbar themselves when a goal seemed inevitable before Lucan added a second goal. This came courtesy of a James Cavanagh mid-range free and was a little fortunate. The half closed with Lucan well ahead on the scoreboard 2-9 to 0-7 but Plunkett’s had played well also.
The third quarter was very even. Jake Mooney came to the fore with three scores and Cavanagh added another two. Plunkett’s scored five themselves in this phase, the last three from placed balls. Plunkett’s goaled to narrow the gap and another free raised the pressure further. A welcome score from Paul Keegan brought some relief near the end but Plunkett’s goaled again from a close-in free. The final act though was a converted free from Cavanagh following clever play by the experienced Ray Hearne. This was an entertaining encounter and an all-round good team performance with Cathal Shanahan and Rob Moloney catching the eye in anchoring the middle of the field.

The 1995 All-Ireland winning Dublin football panel, were honoured at Croke Park this Sunday, great to see our members Jack Sheedy and Ken Murray on the pitch again.

This time of the year is busy for our volunteers who manage the draws for Croke Park tickets. A lot goes on behind the scenes from advertising the draws, collecting the entrants and running to Croker to collect tickets (even those that become available at the 11th hour). All this work is done to insure our members get a chance to attend one of the best spectacles in our Irish sporting calendar. We would like to thank our volunteers who work hard to insure every member gets a fair chance to attend the finals.

Next week’s Lotto will be for a jackpot of €2,600. The draw is sponsored by Dual Print Services and will be led by Shay Hurson. 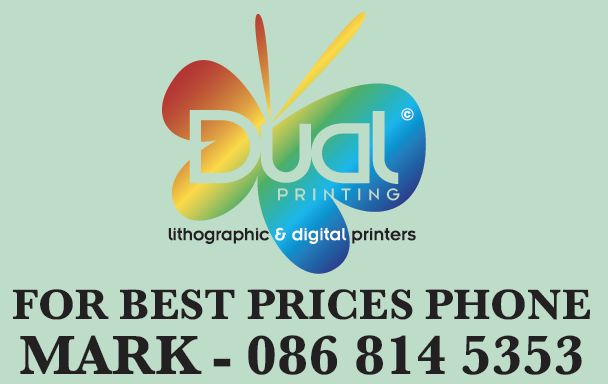 The draw will be held on Thursday 28th July, at 9pm and is streamed from Lucan Sarsfields Clubhouse, on our Facebook page.