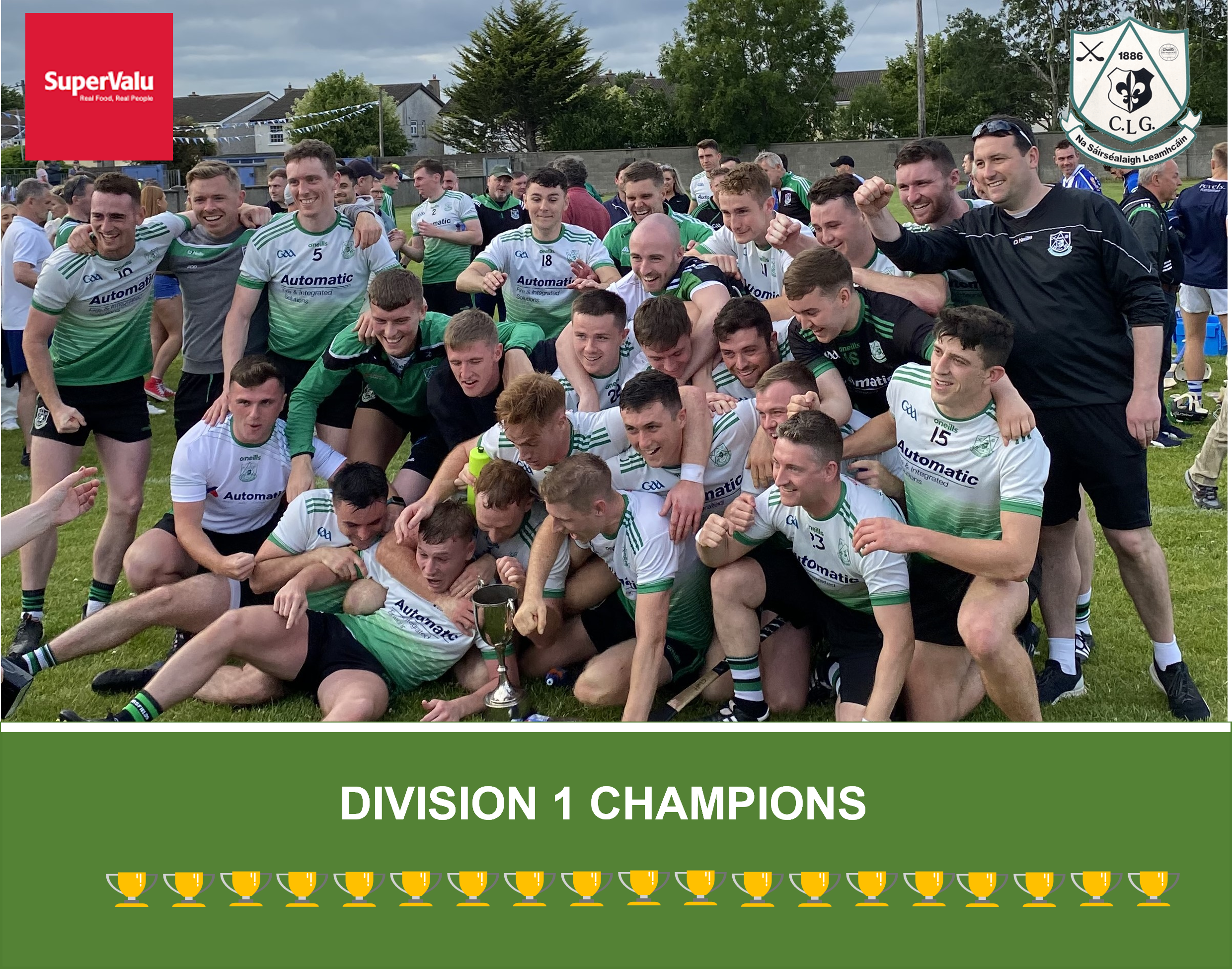 A historic week for Lucan hurling as we captured our first ever adult senior league title with a comprehensive win over Ballyboden, full match report below. Earlier in the week our Junior As captured the Division 5 title and promotion to Div 4 with a dramatic draw against Skerries. A late goal from Eoghan O’Connor completed a great comeback and rescued a point which was enough to secure top spot in the Division for the second year in a row. There was also a good win for the Junior C’s over Good Counsel Liffey Gaels in their last league match to secure second place in Div 10 North. However, our Junior B’s lost out to Na Gaeil Oga in a promotion play-off and will play Division 7 hurling again next year, despite coming second in the table. Overall, it was a very good league campaign for all 4 teams – two winning their league and the other two in runners up spot. Thoughts now turn to Championship and three of our teams are in first round action on Tuesday 19th July. 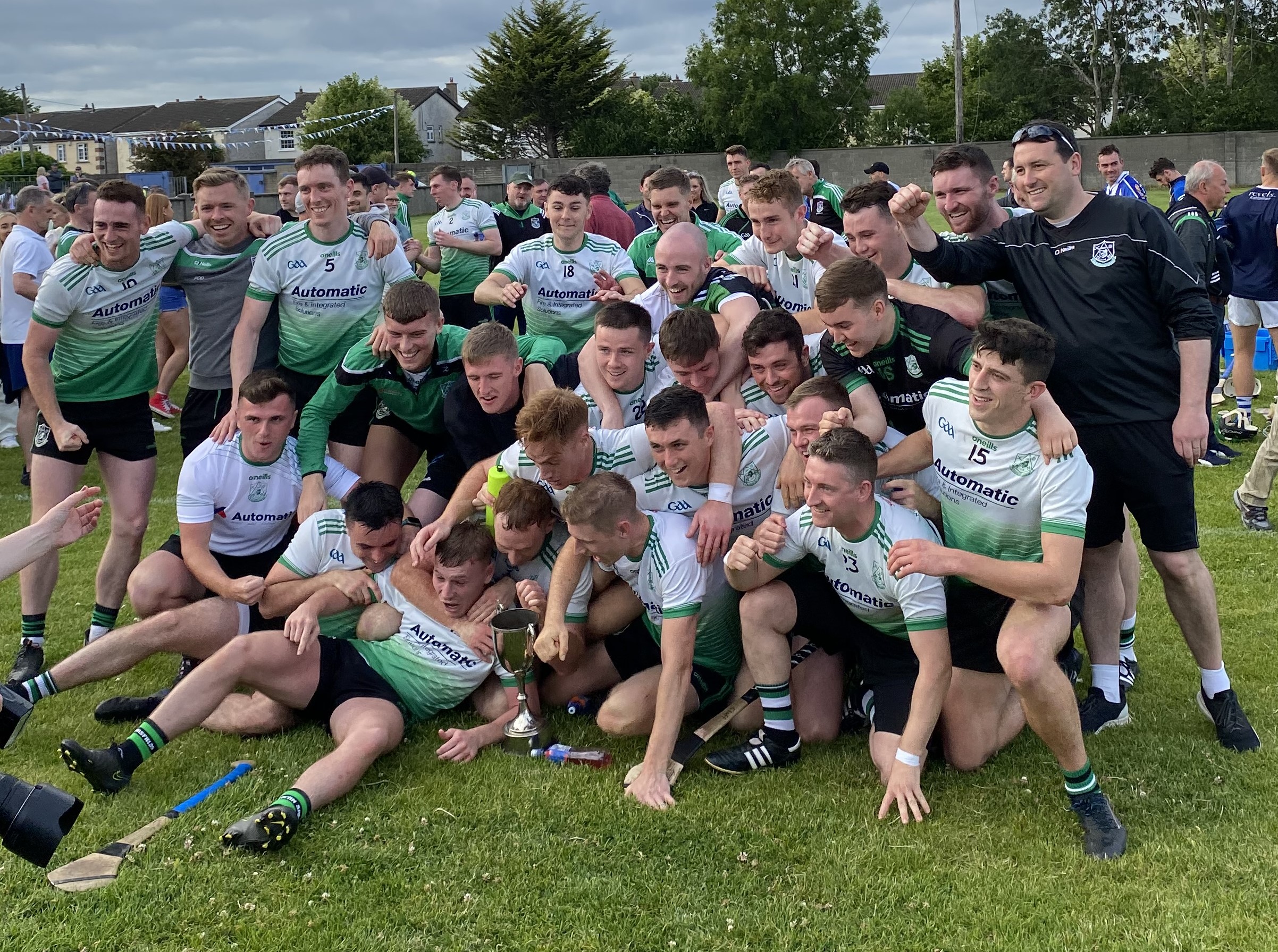 Lucan senior hurlers reached the league final for only the second time in their history. Back in 2009, a young Lucan side lost out to Ballyboden in their maiden outing and they faced the same opposition again this time. However, the result was reversed with Lucan recording a comprehensive win to capture a first senior league title. Lucan started well and were having the better of the early exchanges but a combination of errant shooting and a 6th minute Ballyboden goal meant the dominance was not reflected on the scoreboard and the sides were level after 10 minutes, 1-3 to 0-6. After 20 minutes they were still deadlocked 1-5 to 0-8 but from there Lucan gradually started to pull clear helped by a goal from Kevin Fitzgerald and a flurry of points to finish the half strongly. At half time, Lucan deservedly led 1-15 to 1-8. The pattern continued in the second half as Lucan retained control. After 45 minutes it was 1-21 to 1-13. Lucan were totally dominant in the final quarter adding another 13 points in that period, and only a very late goal gave the final scoreboard a slightly better complexion for Ballyboden. While the match probably lacked championship level intensity, it was a very good performance from Lucan who showed commendable work-rate throughout. They took their scores very well once they settled into the game and there were 13 different scorers from play, including 4 defenders. This was very much a team performance but Charlie Keher was outstanding in the forwards, where Eoghan O’Conghaile also put in a great hours work, and John Bellew and Chris Crummey commanded a strong Lucan backline. Bellew accepted the cup at the end before a large contingent of delighted Lucan supporters.

Congratulations to our Winners of the Colouring Competition, standards are very high and it was difficult to choose a winner, Alan our GPO also agrees with Annie and prefers Tim Bradly over TJ Reid. Alan will be in contact with our winners soon. Still some places left for the Summer Camps. Visit our website to book a place here 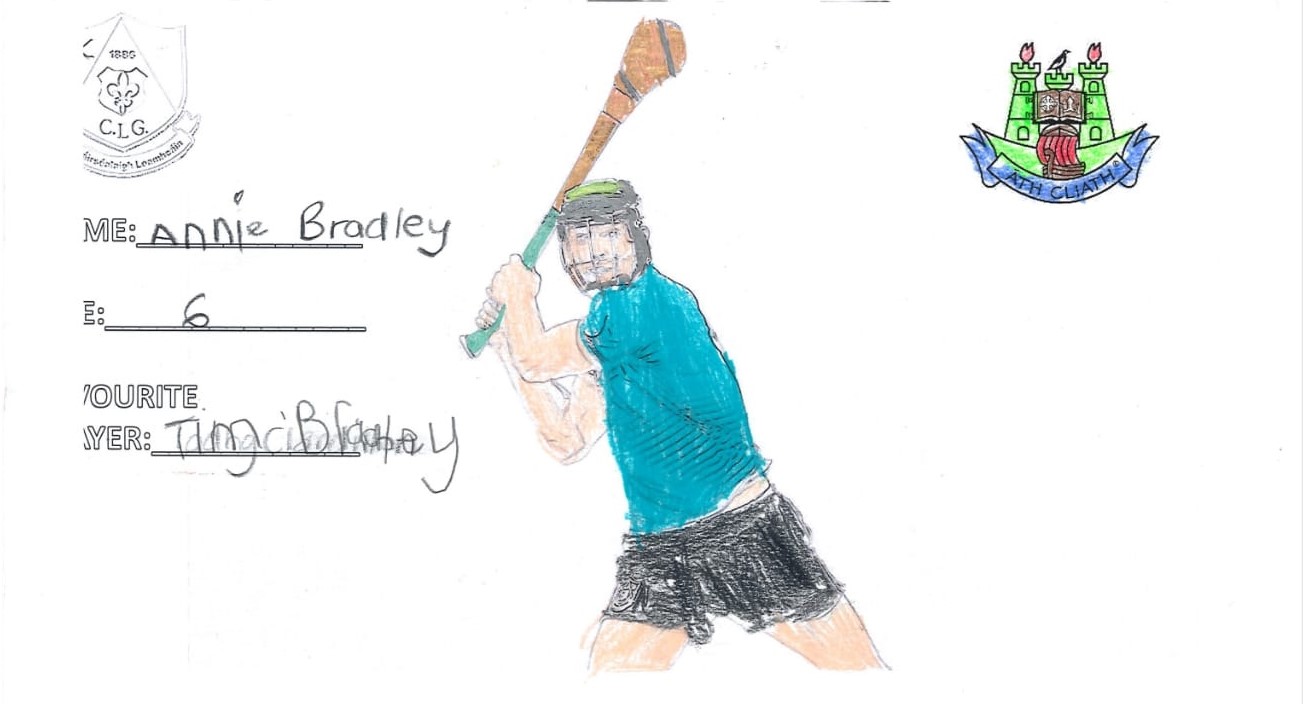 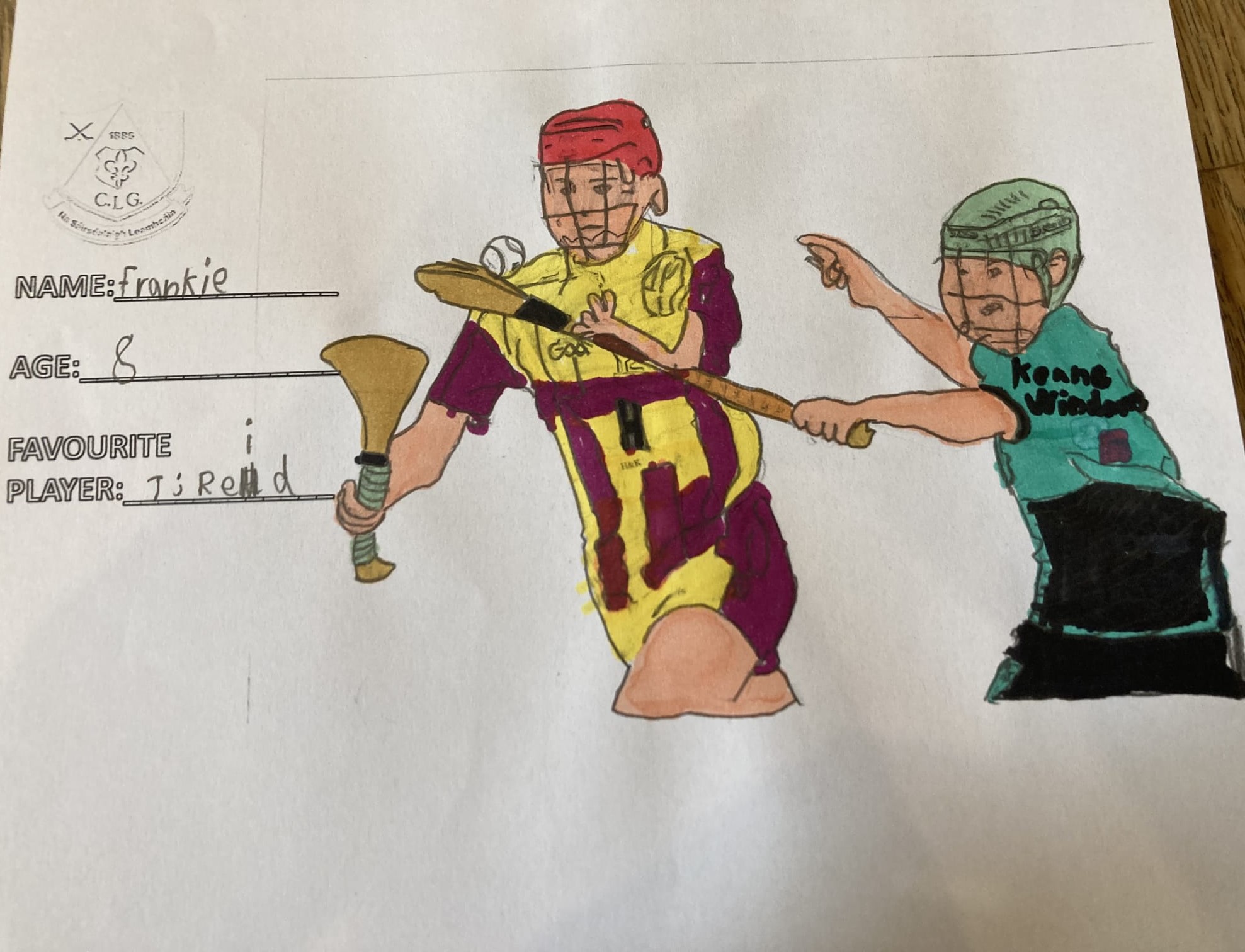 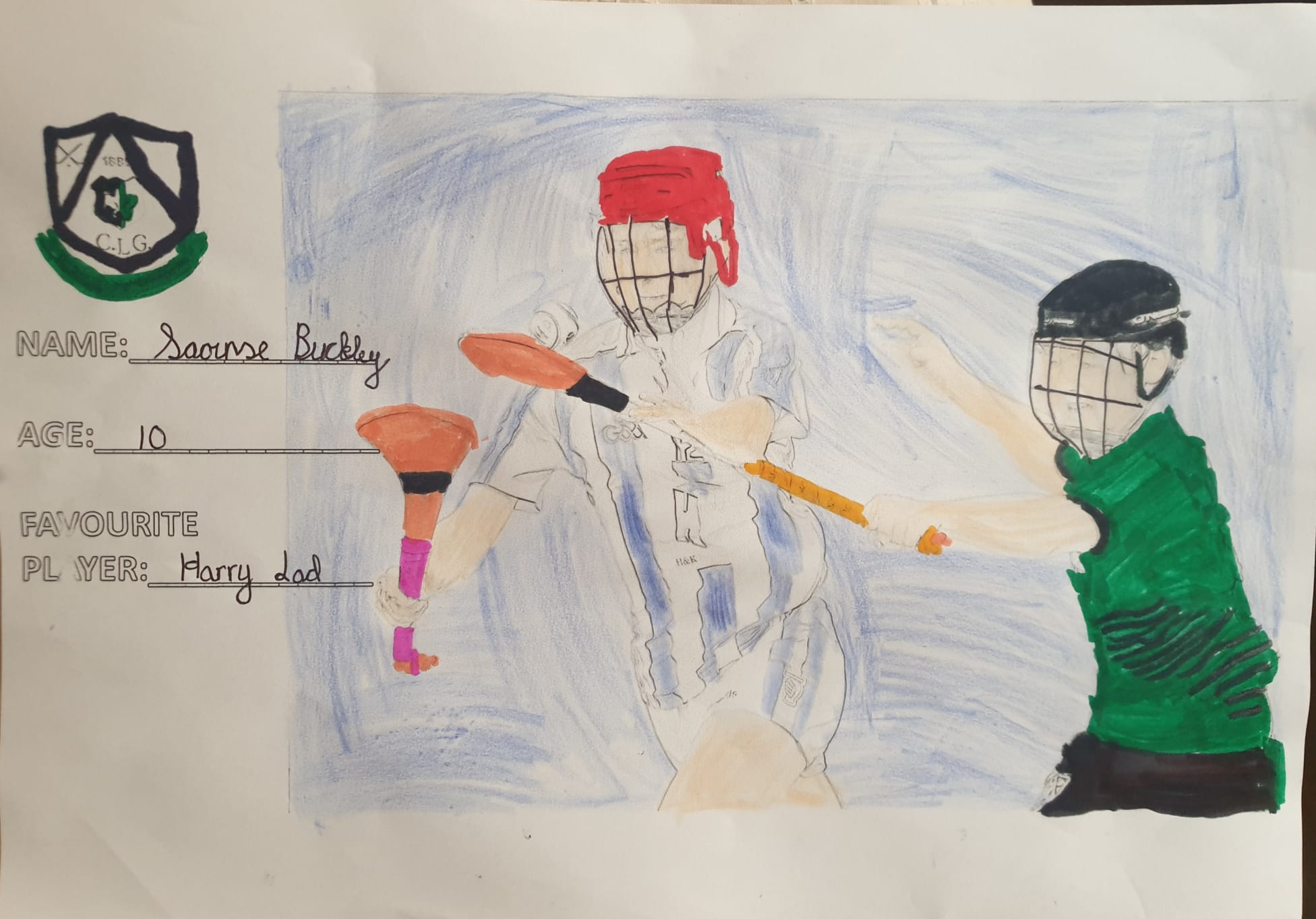 Our next outing is Saturday, 16th July, 14:00 St. Margarets Golf Club. New members and visitors are always more than welcome at our outings, so why not give it a shot!

We had two winners for last Thursdays Premium Ticket Draw, Claire Haran came out for Galway v Derry. Liam Mulhall was a very happy winner for Dubs v Kerry. Tickets in short supply for finals. €20 to be in the hat for the rest of the season, 087 2546555, Paul.mcgann@dortek.com

Next week’s Lotto will be for a jackpot of €1,800. The draw is sponsored by Lucan Village Pharmacy and will be led by Séamus Clandillon. 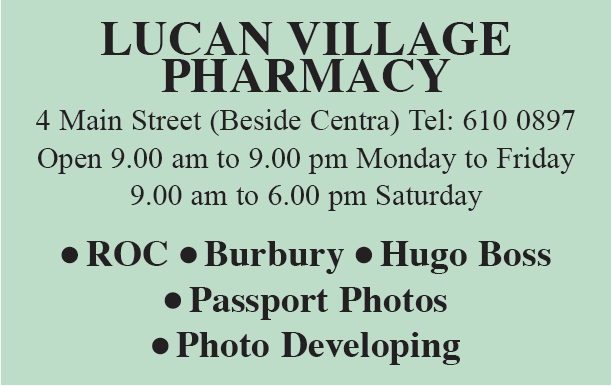 The draw will be held on Thursday 14th July, at 9pm and is streamed from Lucan Sarsfields Clubhouse, on our Facebook page.