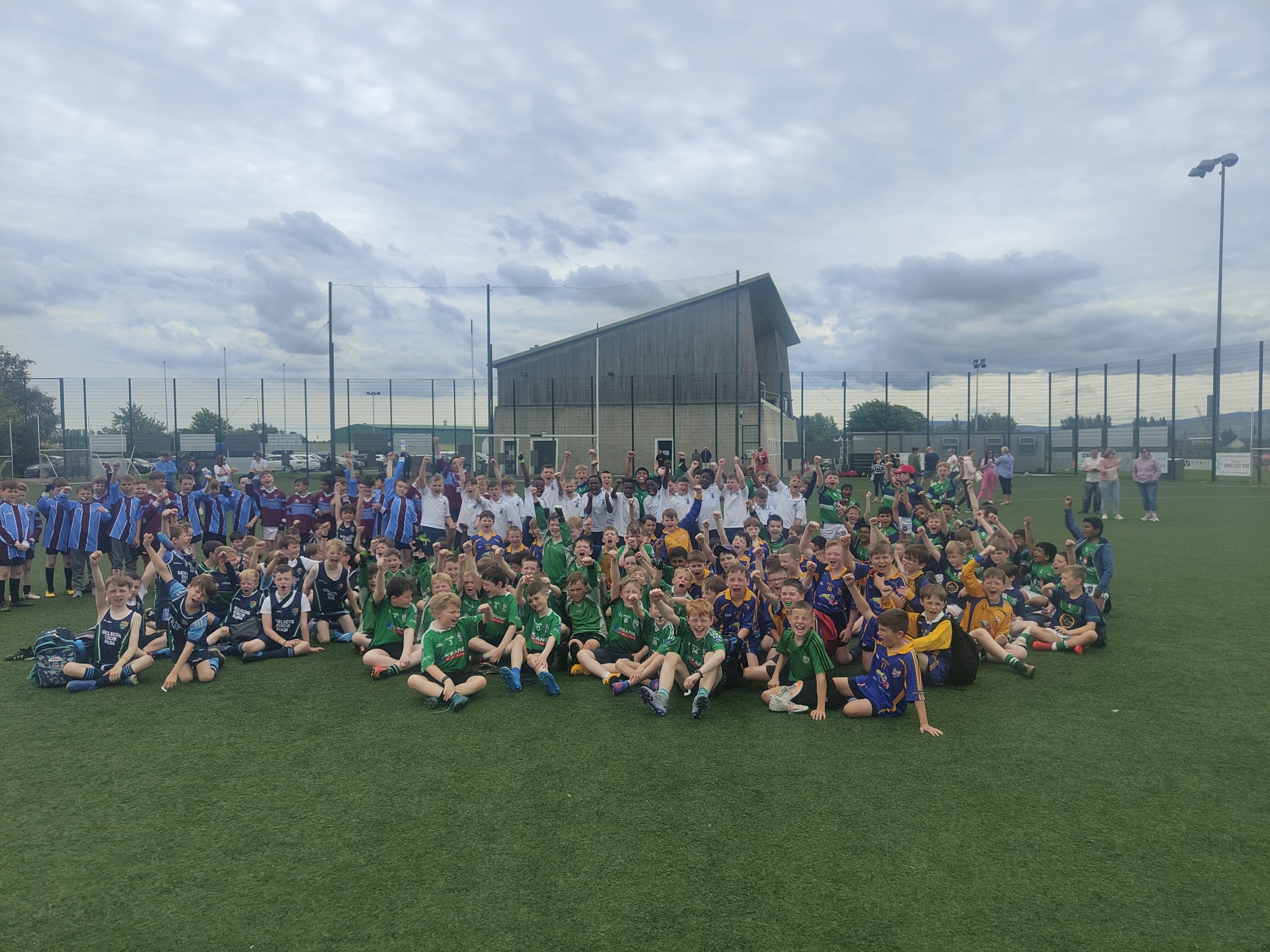 Our esteemed captain, Jack Butler, passed away before his planned prizegiving function last Autumn. We are going ahead now with the function at the clubhouse on Friday June 24th. Jack’s son, Seán, will present the prizes. There will be a 3 course sit down meal and the entertainment afterwards will be supplied by Stephen Murphy, the winner of the captain’s prize. He will be joined by some of his musical friends. The meal will be at 7.30pm.Tickets cost €25 and if you wish to attend you should contact Brian Mahon at 0879254126.

Music Bingo will not run this week but returns to the Club on Thursday 9th June. The jackpot for that week is €200, hope to see you in the club from 9pm, entry is €10.

Derek Porter and family (Sinéad, Sadhbh U15, Hugh U13, Conn U11) wish to express sincere thanks for the kindness and prayers offered following the passing of Derek’s parents, Mabel & Jack Porter (St Johnston, Co. Donegal) in June/July 2021. The support from across the Lucan Sarsfields club community is very much appreciated.

Alan our GPO arranged a 3rd Class blitz for the schools of Lucan this week, great turnout by all schools. If you enjoyed the Blitz then you will love the summer camps, visit our website and reserve a place to avoid disappointment. http://www.lucansarsfields.ie/content_page/247075/

Even though it was a bank-holiday weekend the U11 girls filled AGP 1 on Saturday afternoon, playing football against Castleknock. We had 3 teams of 12 a side and all girls played great football. Our three Lucan referees were once again exceptional, giving the girls great advice, encouragement and explaining as to why they blew the whistle. The girls are learning so much each week and improving all the time. Thanks to the parents and mentors for all the positive encouragement on the day and a special thanks to the parents who help with setting up and clearing the pitches at the end, this helps to make it a great afternoon for all involved.

Over the past few weeks our U12 girls have been training hard with focus on new skills including the high catch and batting down. Girls have also continued to practice on jab lifting and striking. Some of our team also attended the recent U15 Feile final which was a great experience for the girls. Girls have continued to come to training in strong numbers in a variety of weather conditions! And we continue to develop some newer team members, particularly driven by school's camogie also being in action.

In matches, we played a challenge match out in Na Fianna in Meath in May. The girls played well and both teams were evenly matched, although Lucan dominated the earlier exchanges. Our girls put away some excellent scores and we also saw some excellent goal keeping from Lucan that day. Last weekend we met St Judes at home on AGP1. On team 1, the Judes team played strongly and with Lucan missing about 8 of our regular starters (due to illness, injury and conflicting family events) we went behind early on. In the second half we took a more defensive approach and the girls put in a strong defensive display to reduce the deficit. Team 2 put over plenty of scores including a free and 45 and ended with one score between the teams with Judes having the advantage of an extra player. Our third team also played well and were leading until Judes added an extra player who was able to put over a couple of scores for them... a curious approach but shows the competitive nature of some teams!

Our girls are gearing up for our last few training sessions ahead of the summer break with our focus for the next few weeks being to ensure plenty of team building fun before we break for summer!

Next week’s Lotto will be for a jackpot of €13,400. The draw is sponsored by John Ryan Account and will be led by Cormac Gordon.
Tá €13,400 sa phota óir don tseachtain seo chugainn agus is é urraitheoir na seachtaine: 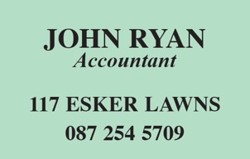 The draw will be held on Thursday 9th June, at 9pm and is streamed from Lucan Sarsfields Clubhouse, on our Facebook page.