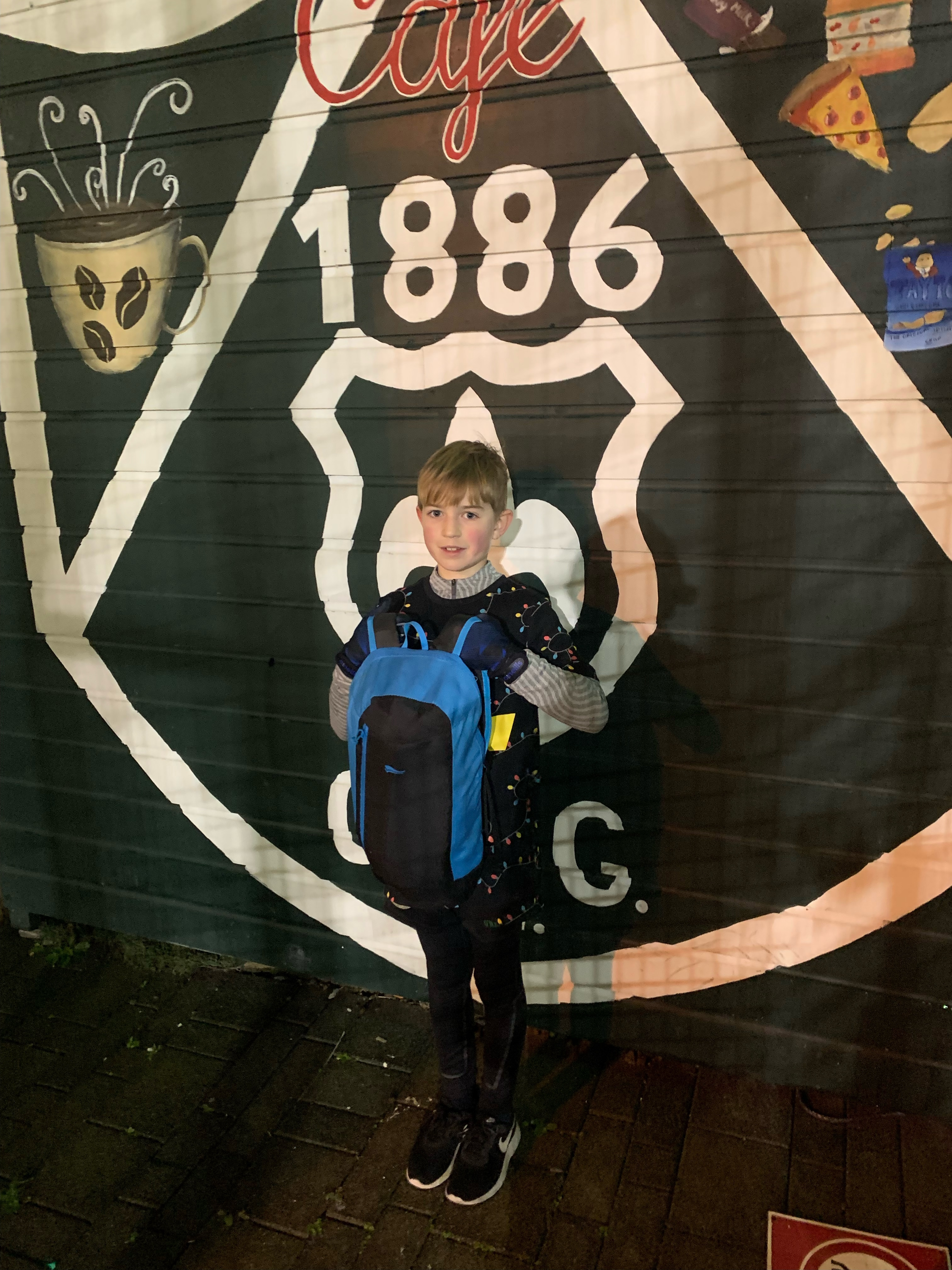 Pictured is Fionn Burke (U 9’s) dropping off his backpack for the homeless appeal.

Tickets are slow to be returned for the weekend’s Christmas Draw. We would ask everyone to return tickets as soon as possible. To facilitate this we will be opening the clubhouse from 7:30pm til 9pm each even this week. Tickets can also be purchased online here. 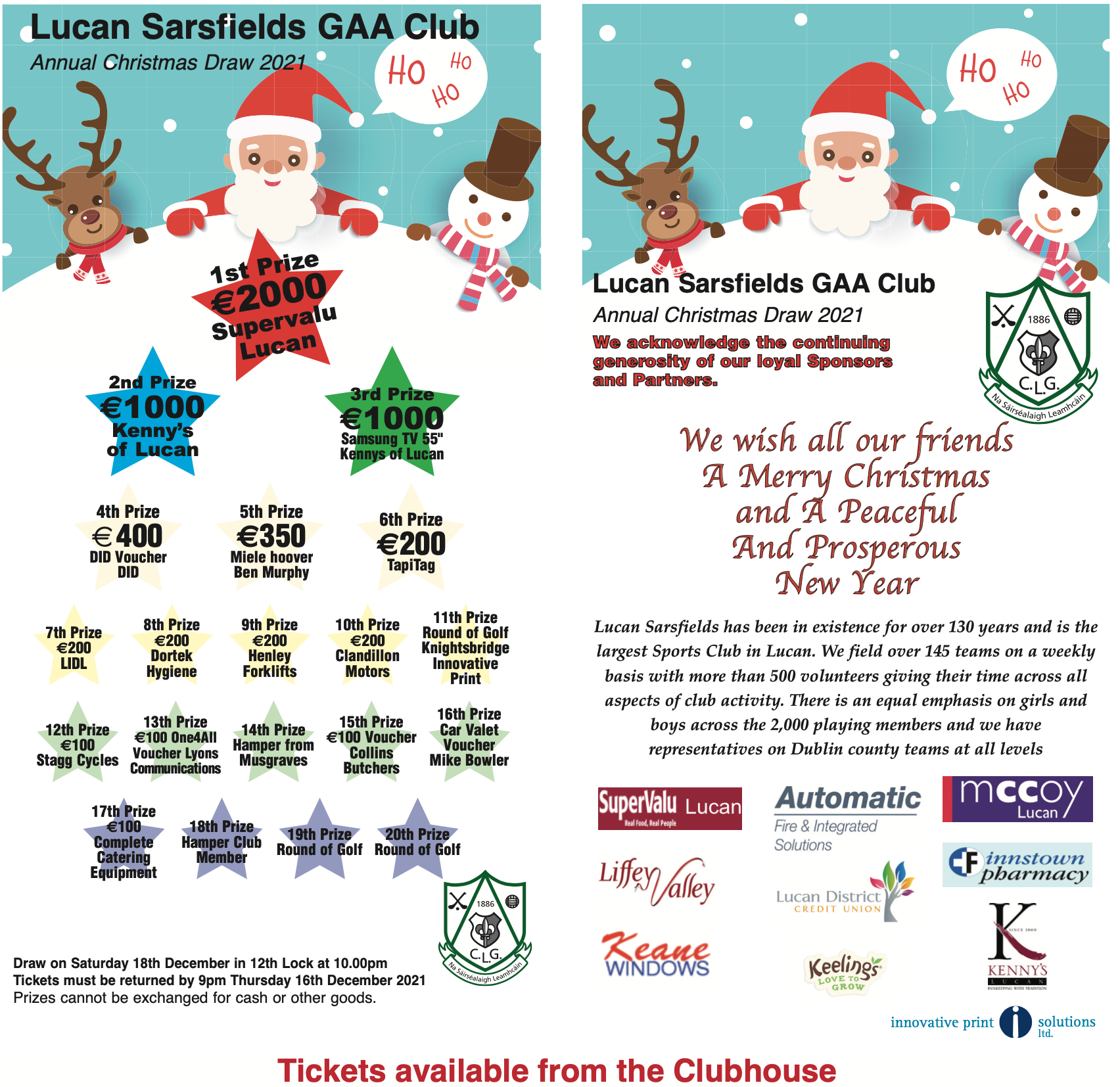 A mixed weekend for Camogie. Minor A lost out albeit after extra time, while Minor B progress to a Final next weekend, Minor C also lost out.

Our Minor A camogie team bowed out of the championship with a narrow defeat to Castleknock after extra time in an exciting semi-final.

Castleknock got off to a flying start and raced into a 5 point lead, Lucan clawed their way back into the match and led by a point in the final quarter, the game swung back and forth and finished level at full time. In the first period of extra time Castleknock notched up another 5 point lead which our players cut to 2 points, agonisingly Lucan hit the crossbar twice in the closing seconds of the game after many attacks on the Castleknock goal.

The team had good wins over Na Fianna and Kilmacud in the earlier rounds of the competition. As the players take a well earned break for Christmas we can look forward to a busy and exciting year ahead for Adult Camogie.

David Herlihy has agreed to take up the role of Director of Football. David is a lifelong club member having played underage in both codes.He has 20 years playing adult football for the club including 12 seasons with Senior football team. David is also an All-Ireland medal winner with Dublin Junior team 2008.

Collections from last weeks backpack appeal continue, donations can be dropped to the club raft from 6-8pm any evening this week.

The Ladies football committee are delighted to announce the appointment of Niall Daly to  the position of Intermediate LF manager.

Niall has coached club juvenile teams in both camogie and boys football in Lucan and been involved in various Dublin camogie roles from juvenile to adult.

We like to wish Niall and his management team every success. 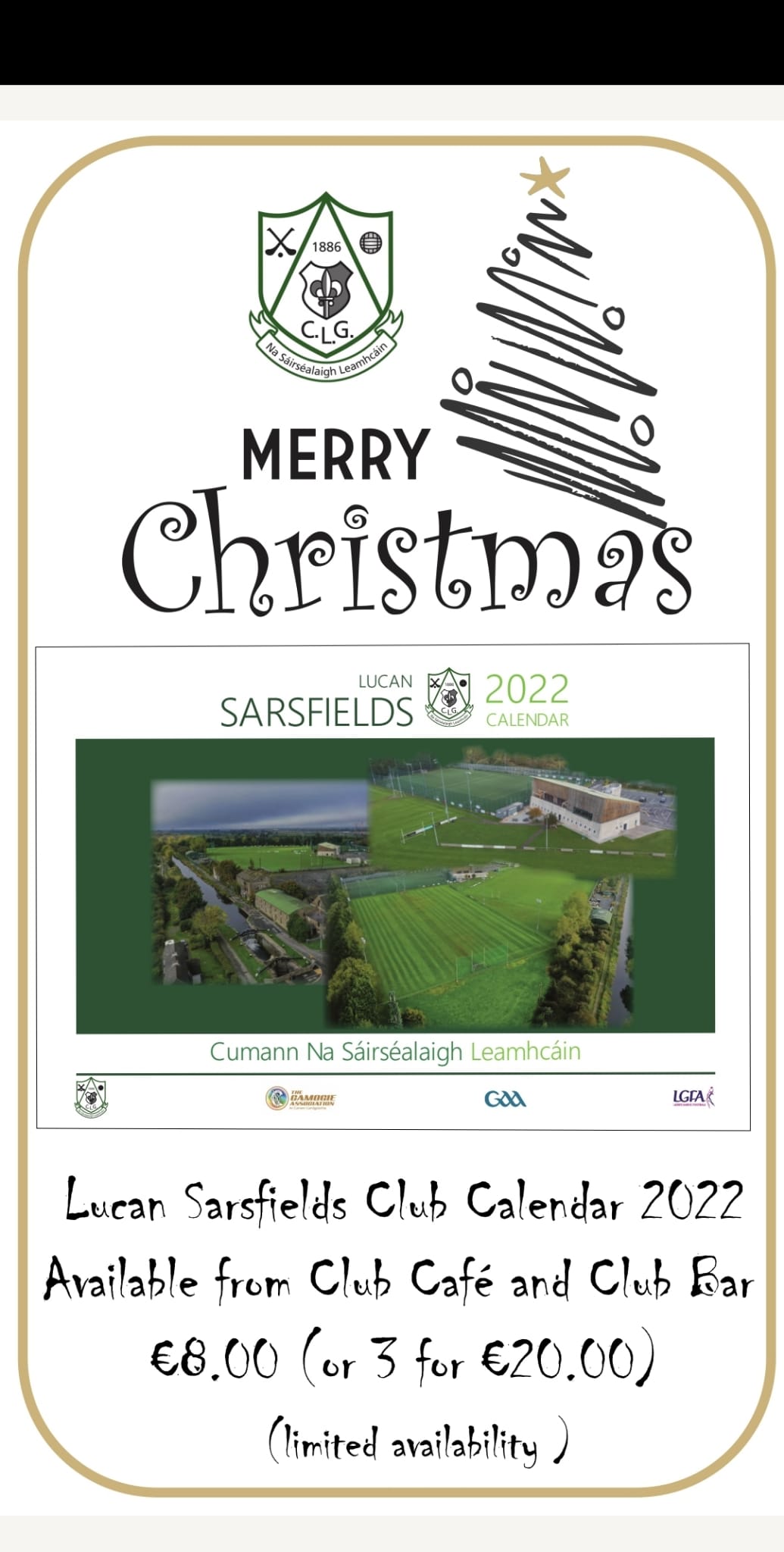 Next weeks draw will be for a prize of €3,400 and is sponsored by REA McDonald.

The draw will be held on Thursday 16th December, at 9pm

and is streamed from Lucan Sarsfields Clubhouse, on our Facebook page.