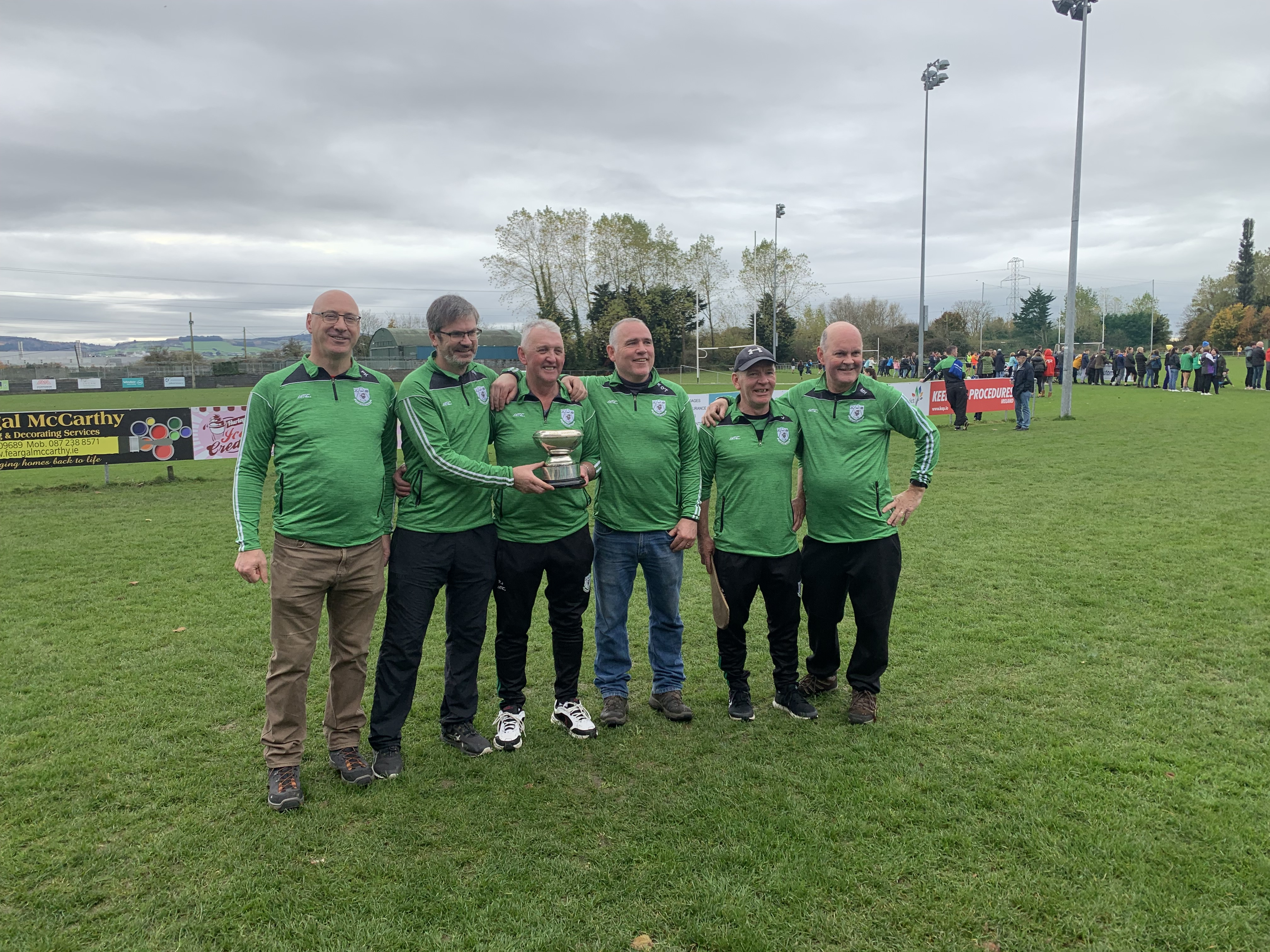 Pictured are the Junior B Hurling management team fresh from their recent three in a row championship success.

Last Thursday the club held its Annual General Meeting. Due to Covid19 restrictions the meeting was held online via Microsoft Teams for the second year. Club Secretary Jo Mahon provided a detailed recap on they year while Chairman Colm Farrell thanked those who needed to be thanked, and provided the meeting with some insight into the clubs priorities. Treasurer Jim Mulqueen walked through a very good looking set of accounts, but cautioned that many of the cost savings and income items were one off events that would not reoccur. In a strong statement of intent the club now has a Strategic Reserve of €125,000.

Many of the same people are continuing in roles on the executive, but some new officers were appointed with long term club servent Mary Flannery taking on the Vice Chairperson role, Lorna Sexton takes on the role of Childrens Officer.

Motions were passed largely retaining the subscription structures, adopting the revised GAA constitution and an update to the clubs by-lays.

Most entertaining on the night was the view from the many cameras that were left on, and maybe a few forgot they were on!

Testament to the quality of the event Paul Heneghan was overheard saying it was the best quiz he was ever at. High praise indeed. Thanks to quiz master Tom Flannery.

This Saturday (4/12) U21B Hurling play Craobh Ciaran in their championship final. Game is away in Clonsaugh.

Sunday next 5/11 Minor A camogie play Kilmacud Crokes at 10:30am followed by Minor B v St Finians.

Christmas Draw
Your club, Lucan Sarsfields GAA Club, is the largest sporting organisation in West Dublin. As you know, we are a volunteer based organisation, with over 145 teams and a membership for 2021 of close to 3,000 people.

Our community involvement extends beyond Gaelic games with Lucan Sarsfields volunteers providing other supports for the community through various initiatives. These include promotion of the Healthy Club initiative, the GAA Social Initiative and “Sars Stars”.  Once more we have been able to support the HSE by allowing our clubhouse to be used as a pop up vaccination centre at the start of November.

Our playing season was curtailed again this year with a return to training in Pods of 15 in May followed by a return to games in June.    Although our league games were curtailed and compressed,  championships were completed or are  still running with several Juvenile and Adult Lucan Sarsfields teams competing at the business end of the championship.    (Particular Kudos to the U14 Girls on completing a double double!)

Our annual running costs are approximately €450,000. Membership fees only cover 55% of this amount. This means that we must rely on our extraordinary volunteers who undertake a number of various fundraising projects throughout the year to help us make up the balance. These efforts, as well as those of our partners and sponsors are crucial in balancing the books every year.   Our ability to fundraise has been  severely curtailed during 2020  & 2021 and so what fundraising we can do takes on increased importance.

A key part of our annual fundraising is the Christmas Draw. This year, I am writing to each household represented in the club to ask for your support to ensure our annual Christmas Draw raffle is a success. We have issued a book of 10 tickets to each household, with a selling price of €5 per ticket. If you want to encourage friends and family to purchase tickets, tickets can be purchased online via the link on our website.
All sold or unsold tickets should be returned to the Clubhouse by Thursday 16th December at 9pm.  The draw date is Saturday the 18th December. Alternatively, your team coach/mentor may be happy to return them for you. If you require further tickets to sell, please ask your team coach/mentor.
On behalf of the Club’s Executive and all those who benefit from your generosity, I thank you for your support.  We wish you and your family a very happy Christmas and a peaceful New Year.

David Moran has made the decision to move on from his role as Lucan Sarsfields GPO.   David has been our GPO since 2016 and I think anyone who has worked with David would agree that he has worked tirelessly to help the juvenile section move forward.    David a sincere thank you for the exceptional discretionary effort you gave us on a continuous basis over the last 5 years.   We wish you well in your new endeavours.     David’s replacement has been identified and will be announced in the coming days.

We hope to announce a new director of football in he next week. 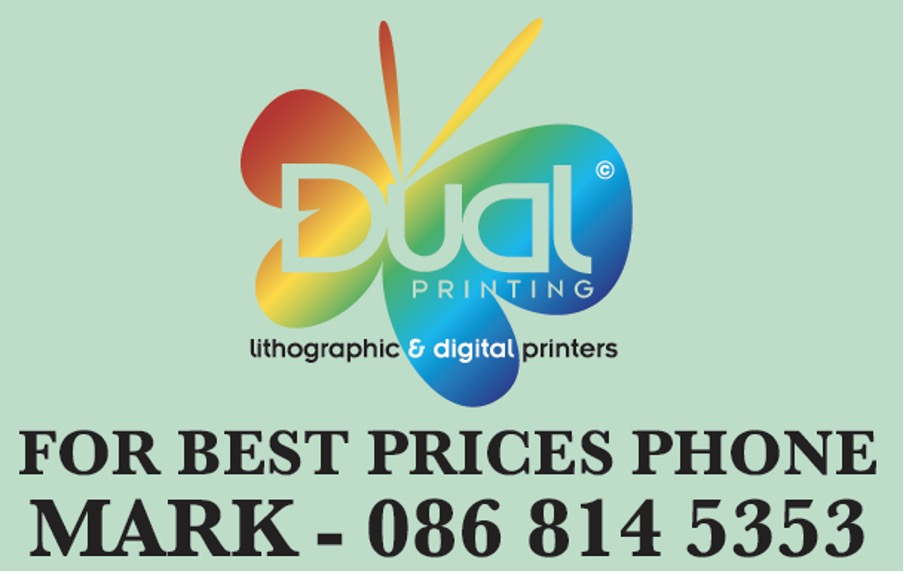 The draw will be held on Thursday 2nd December, at 9pm, managed by Cormac Gordon

and live streamed from Lucan Sarsfields Clubhouse, on our Facebook page.