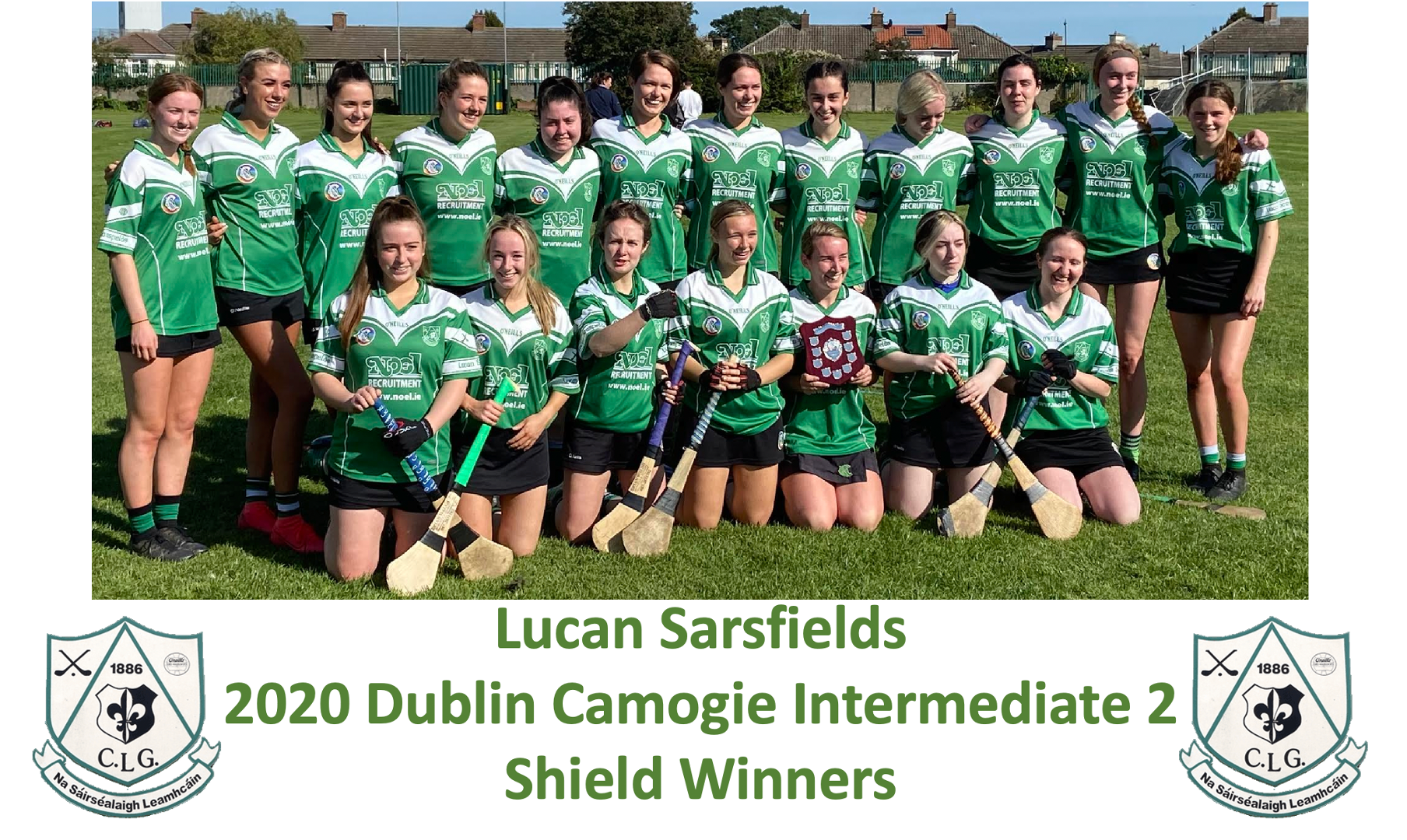 Lucan Sarsfields are the 2020 Dublin Camogie Intermediate 2 Shield Winners. In a thrilling battle, hosts, CBC/Portobello provided strong opposition, but were unable to contain the Lucan ladies who snatched a one point victory with a late goal. Congratulations to the team and management. Elsewhere in the Junior 3 Camogie Shield final, St Finians took the spoils. In Football, there was no joy for the Junior teams in their cup games against Whitehall and Man O’War. 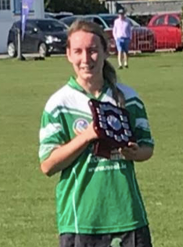 The Ladies Football Intermediates travel to St Maurs on Wed 30th September, and the Juniors, who have reached a semi-final spot in the division 7 League Cup, play their last group game away to Fingal Ravens on Sunday 4th October.

Intercounty football will be back on Saturday, October 17, with the Dubs facing Meath in round 6 of the Allianz Football League. The Match, to be played at Parnell Park will be shown live by Eir Sports. On the same day the Dublin U20s play their semi-final against Tyrone at Breffni Kingspan Park, TG4 will be covering this game live.

On Saturday 24th October the county senior hurlers contest the Leinster Championship quarter final against Laois where the winners will have a semi-final date against Kilkenny at Halloween, venue and TV  details to follow.

All underage games are still suspended until at least October 10th, please continue to observe the guidelines, remember, no spectators are allowed at  adult games.

The Lucan District Credit Union Academy for girls and boys born in 2013, 2014 and 2015 only, continues on Saturday. To register your child for a place, contact David Moran, Club GPO, on 0879267607. Pre-registration with David is essential.

The 12th Lock Café opening hours 6-9pm Monday to Friday and 9:30am to 1:30pm on Saturday. These times may change in line with Covid-19 guidelines.

The jackpot for the next draw is €5000, Newcastle Golf Centre, managed by Mary Flannery, and will be held on Thursday 1st October live on Facebook, behind closed doors.

All Juvenile and Underage Games postponed

On Sunday the Lucan Intermediate camogie team travelled to CBC / Portobello for their Shield final. It was clear that the girls were up for this battle as extra hurls were carried, game faces on and false nails off. In the autumn sunshine the girls limbered up on a beautiful manicured pitch fit to host any club final.

The home team won the toss and elected to play uphill but with the sun on their backs. Despite the blinding midday sun, Alicia in goals did not wilt as she confidently dealt with high balls fired in her direction, her full back line Rebecca, Danni and Ash (sporting her trusted 37 inch hurl – a fine piece of timber) were heroic in the defence of their goal.

With the referee letting the game flow, the temperature rising and girls getting to know each other a pile of wood was growing on the sideline as we were down three hurls and not 10 minutes played.

Lily, picking up a clearance from Hannah, turned on a sixpence and headed off on one of her dazzling solo runs, laying off a beautiful pass to Faye who fired it over the bar, a score to behold. Portobello hit back with 2 scores, one from play and one from a 45. Frees were hard to come by but when the opportunity arose Niamh’s practice in training was evident, with her accuracy in pointing long range frees.

Millie was moving so fast that her boots had to be taped as the soles were melting, she emerged time and time again from rucks with the ball stuck to her hurl. The stylish Ali fetched balls out of the sky and delivered them with precision into our hungry full forward line of Roisin, Charlotte and Aoife who were a thorn in the side of a strong Portobello full back line.

Captain fantastic, Niamh controlled the game from her centre back position as she was always in the right place at the right time, not just on Sunday but throughout the campaign. As a Portobello forward closed down on goal and was about to unleash a shot Ash swooped in brandishing the 37 inch hurl and flicked to ball to safety, the long clearance by Danni found Orla who started on one of her ground gobbling runs leaving Portobello players in her wake, finishing with a well-taken point. However, Portobello quickly levelled the scoring again with a point of their own.

The ever-industrious Faye wove her way through the Portobello defence to add another point to her tally. Our defence were coping well with the onslaught, but alas Portobello snuck a goal, this fired up the Lucan girls who pressed forward, taking control once more. Aoife took a perfect pass from Emma and fired a rasper of a shot at top corner of the net.

Both teams made the most of their scoring opportunities; Lily and Aoife notched up two points, but Portobello quickly cancelled them out, with the half time position showing Lucan with the smallest of margins, 1-6 to Portobello’s 1-5.

The second half began like the first half ended, both teams fighting to find the slightest chink in the other’s armour. Before the second water break, Lucan only managed a single point courtesy of Faye, while Portobello hit their purple patch, notching up 1-3, to take a 4-point lead. Playing uphill, the Lucan girls responded by digging deep and fighting on as they have all year.

Emma must know every blade of grass on the pitch as she again covered the whole ground, making tackles, winning balls and driving up field. Aoife took a shot from an awkward angle which snuck over the bar, and Orla soon popped another over. Portobello drove down the field once more, but were repelled by the solid defending by Hannah, Niamh and Millie. After unrelenting pressure from Lorna, Yasmin and Julie, Orla flicked the ball across to Roisin who pounced and struck the ball to the back of the net for the decisive score, putting the girls a point up.

Portobello would not lie down and from the puckout launched a rocket into the heart of the Lucan full back line, staunch defence by Danni and Ash got the sliotar out to wing back position where Ali put her body on the line and won a vital free. As the clock ticked down, Niamh showed all her experience to fire the long free down the side line and out of play, Rebecca won the sideline cut and burst through the tackle to the sound of the final whistle.

Referee John Walsh complimented both teams on the entertaining and exciting game, before presenting the shield trophy to captain Niamh Power, bringing this championship campaign to a satisfying close for this fantastic group of girls.