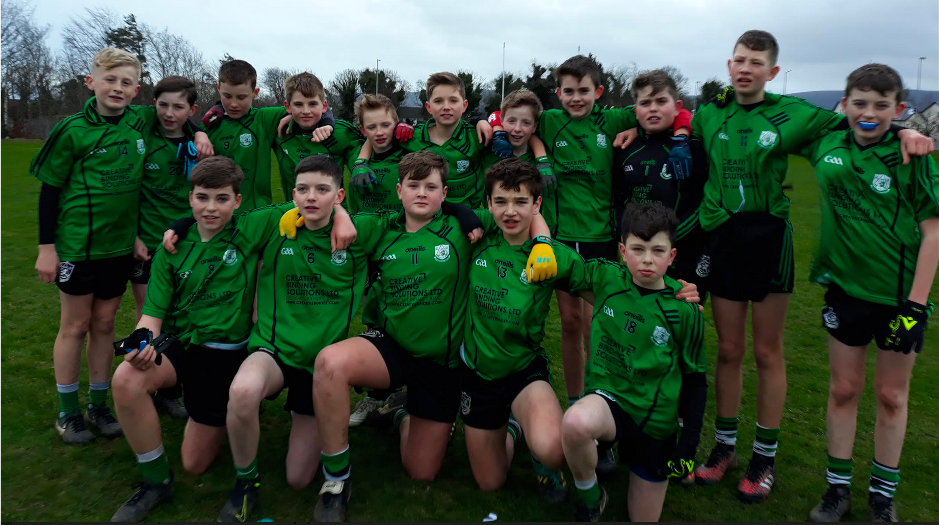 Many of the Juvenile football teams were back in grading leagues, and league action proper last weekend. Storm Ciara did take her toll though, with all of the U15 games called off on the Sunday. A special mention to the U12 boys who fielded four teams across the grading leagues on Saturday and performed really well in all the games. The U13’s (13a’s pictured) also played their first full team, full rules matches in grading games, and the U16 Teams began their League Campaigns. Results and Match Reports below.

Ladies Football again made history for the Club on Saturday, when the very first Minor C team played a challenge match against Castleknock.

Adult football and minor hurling leagues gets underway this Sunday 16/2, and juvenile fixtures continue, all fixtures available on the website, please support all teams whenever possible.

Congratulations to the U20 Dublin footballers on winning their opening match in the Eirgrid U20 Leinster Championship by 10 points against Wicklow in Aughrim last Saturday. Lucan players Alan Murphy and Mark Lavin scored a point each in the 1-17 to 1-07 victory, and the U20 Dubs now face Longford in the Leinster Quarter-Final at Parnell Park on Saturday 15th February, throw-in 2pm, all support welcome.

There are some fantastic prizes on offer in the GAA National Club Draw, including the top prize of a brand new Renault Clio. Tickets priced at €10 each may be purchased in the clubhouse, 12th Lock Café or from any team mentor. For more details see the club website or contact 086 2541702. Entries must be in to the club before 27 Feb and the draw takes place on  March 12th 2020. 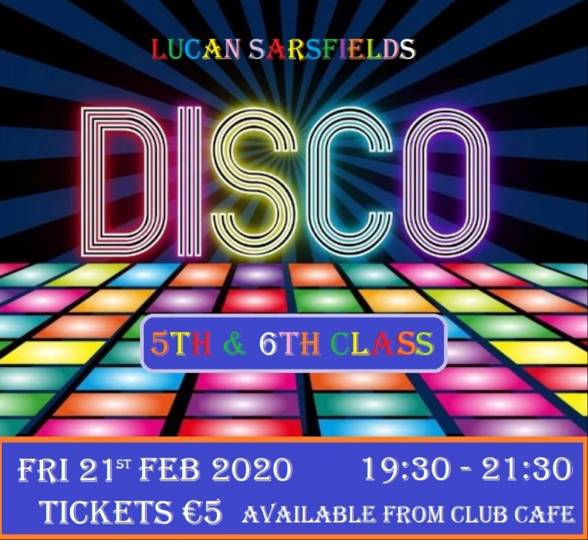 We’re off to Leopardstown on Sunday 1st  March for our Annual Raceday, Starting with a champagne reception in the club before boarding the bus to Leopardstown for an great afternoon of racing, including a four course meal in the 1888 Suite, and the services of a professional tipster. There will be an exclusive raffle with some fantastic prizes. For more information and to book your place, please contact Jim on 0862387585.

On Easter Sunday night, 12 April starting at 8pm, fresh from Vicar Street, Colm Kavanagh performs The Legend Of Luke Kelly – Dubliner in the function room, tickets priced at €20 each are available via the App, HERE or at the Club Bar. 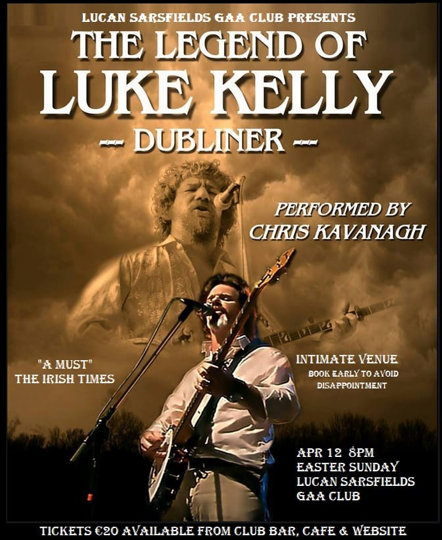 Membership is OPEN for 2020 and can be paid in six monthly instalments via the website or ClubForce App (available from the google play or apple app store). Unregistered players will not be allowed to train or play as they will not be covered by the Injury Fund.

Club Lotto Now at €20K: There was no winner of the €20,000 Lotto Jackpot held on 6th February 2020, The numbers drawn were 2, 6, 13 and 27, Lucky Dip winners (€30): Cee Andee, Joe Rooney, EC&D Dardis, Peter Farrell and Larry Fitzharris Play Online via Club Website or in-app, Cut off time for Online Entries is 6pm every Thursday. Next Draw: Thursday 13th February 2020 Sponsor: Clandillon Motors, Managed by Josephine Donohue. Tickets can also be purchased, at the Club, or in Kenny’s Vesey Arms, Lucan.

As storm Ciara approached the wind was howling down the pitch, Lucan used the advantage well in the first half and scored 2-05 in the first half to Ballyboden’s 0-02. Lucan faced into the gale in the 2nd half and scored a goal within 5 minutes, this really lifted the team and the work rate from each player was exceptional, they put everything on the line with some really clever play, blocked everything down and closed every avenue, they worked the ball up the pitch into a wind that was blowing the ball directly back at them every time it left a players possession. Under the most difficult conditions Lucan closed out the game and was a great start to grading games. This was a very brave and clever performance from all the players on the squad.

In the final grading game at U12, Lucan put in a brave performance but lost out on a score line of 6-11 to 4-02 to Ballyboden St. Endas.

The U13 grading leagues also got underway this weekend.

Lucan Sarsfields U13 footballers played their first 15-a-side, full rules match, with a difficult test away to BBSE in the div 1 grading league match on Saturday afternoon. In very difficult conditions, with Storm Ciara blowing a gale, Lucan started well by imposing themselves on the game and winning lots of possession. Strong BBSE defence and some missed chances and turnovers meant that Lucan did not translate their possession into scores and at h/t Lucan were 1 point down, 0-4 to 0-3. Lucan started the second half strongly and some good movement and passing resulted in 2 good team goals finished by Karl Quinn and Daniel Taaffe.

With Lucan now in the driving seat, BBSE threw all they had at them for the remainder of the game but a huge workrate from all the Lucan boys and some fantastic defending from the Lucan full back line of Mark Byrne, James Dunne and Cian McCormick, along with a solid performance from Evan Flynn in goal, helped to deny BBSE the goal they needed with Lucan holding out for a good win. A good start for the Lucan boys but lots to work on with some more tough tests ahead.

very windy conditions on the juvenile pitch in Lucan.

The U16 football leagues also started this weekend. In Division 1, Lucan defeated Na Fianna by 2-16

to 0-03. Meanwhile in the U16 Football League Division 6 Lucan defeated St. Judes on a score line of

Lucan Sarsfields fielded a third minor team for the first time ever and won by 2-8 to 1-2. It was a tight first half as we played against a very strong 'storm Ciara' too! Our backs were very busy and some excellent blocks and saves were needed.  Some good score taking by both sides but we edged ahead at the break. We grew stronger from the start of second half. Great teamwork and link up play kept the forwards well supplied and they took some great scores. A big day for the club, great to see so many girls playing Minor Football for Lucan Sarsfields!

Well done to all the teams competing at the weekend.