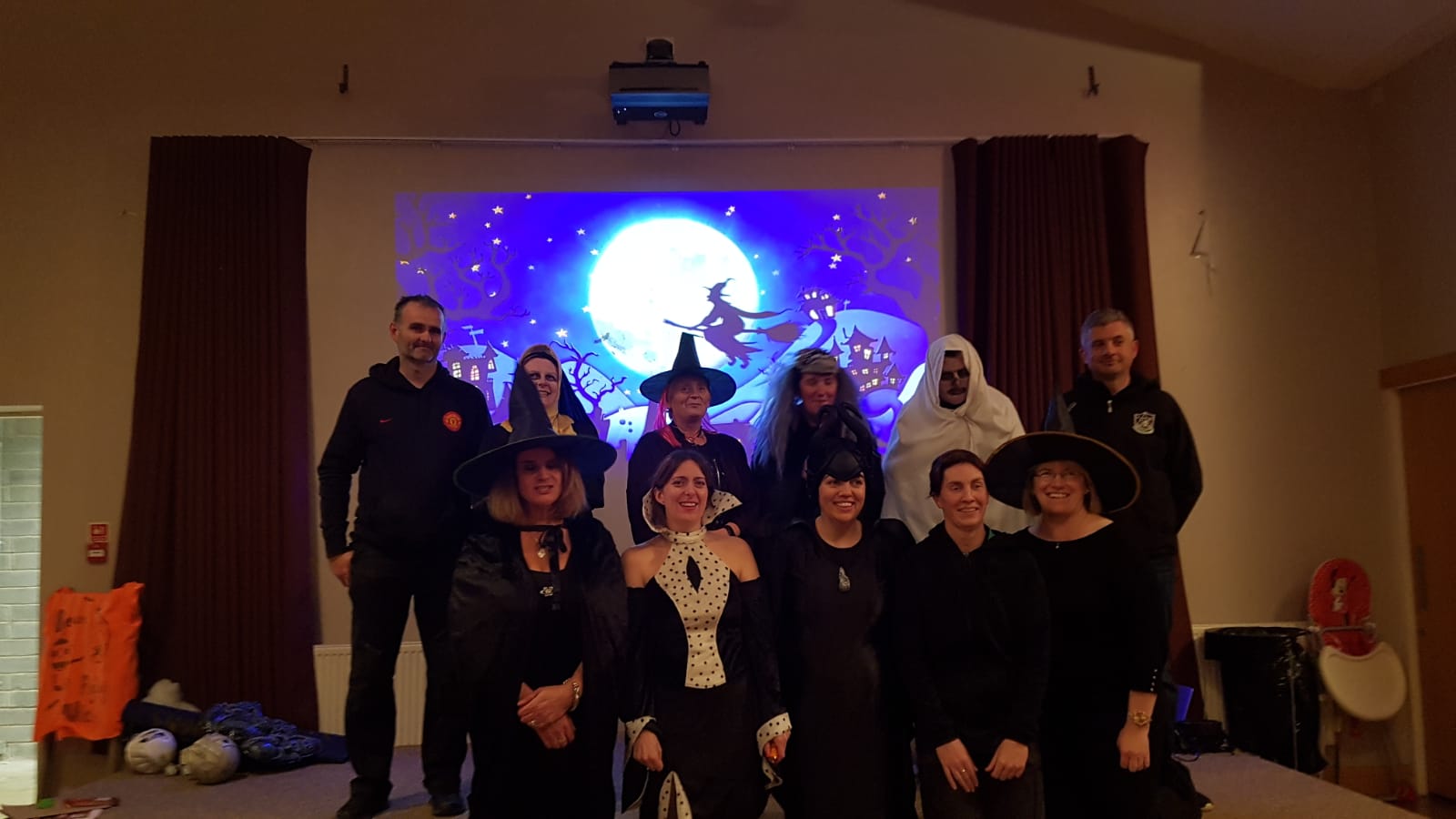 A superb win for our U21 hurlers, who outfought and outclassed a good Kilmacud Crokes outfit. Disappointment for our Minor footballers who after two great games, lost out by the smallest of margins to a very strong Castleknock side. Ladies football, unfortunately of the 5 finals contested over the weekend we had only one winner, the U13 girls, well done, but it is great to have so many teams contesting finals and it’s a credit to the work being done. So well done to all involved.

This week see the Junior A footballers in Semi Final action at home to St Anne’s 8pm tomorrow night, Tuesday 29th October, then on Wednesday our Minor B hurlers have a Championship semi final also at home, 7:30pm, so we hope to see a big crowd up to cheer on both teams.

Also this weekend see our 15 hurlers in Finals -U15A hurlers play championship final versus Crokes on Sunday Nov 3rd at 12pm at Blakestown road. U15B hurlers play Shield final versus St. Kevin’s at 11.30 at 12th lock. All support for both teams welcome. 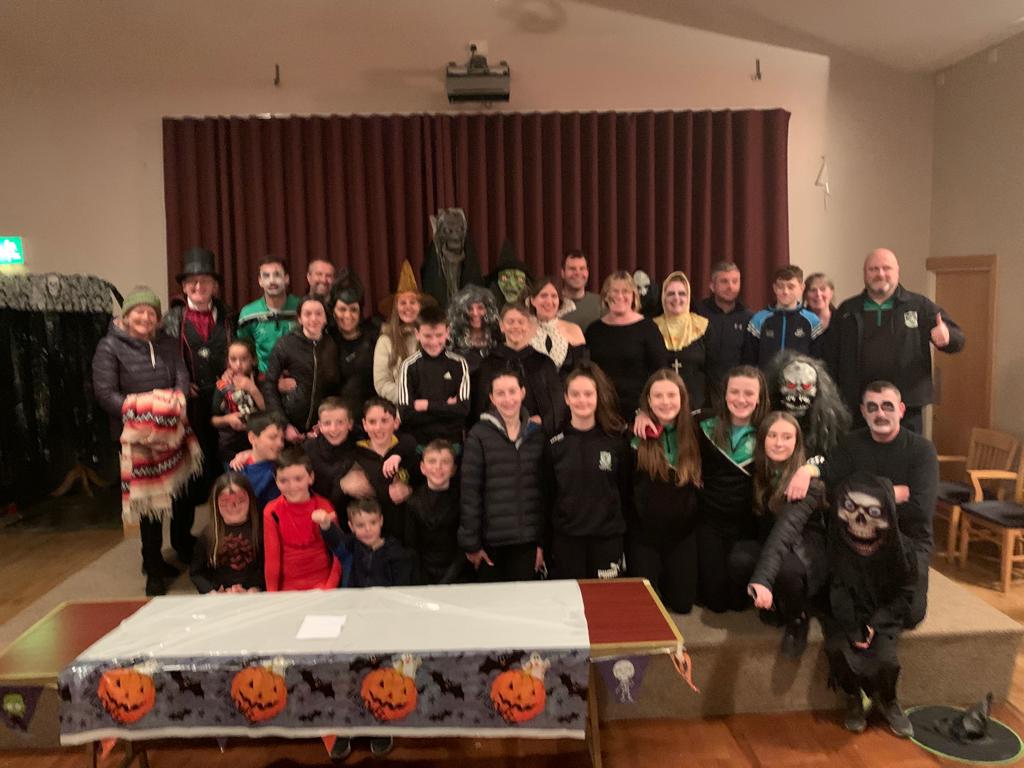 What a weekend off the field as well, we had our annual and magnificent Lucan Scaresfields Event, an absolutely brilliant event, with Saturday night SOLD OUT well before time. A massive thanks to the organising committee of Caroline Gallagher, Ciara Dardis, Deirdre McCormick, Donal Colfer, Jackie Kearney, John Cosgrove, Liam Mulhall, Mairín Dowling, Niamh Colfer, Niamh O'Brien and Trish Cosgrove and also thanks to Bernie Taffee who done Trojan work setting up. As always we are so grateful to our Volunteers for all the work they do, to make our club more than just a GAA club.

Also well done to Ali Twomey who was named Dublin Camogie Player of the Year by Friends of Dublin Hurling; very nice recognition of her contribution, Ali has always represents Lucan so well not just at county level; but also the time she invests back into the club, and we are delighted to have role models like that around the club. So a big thanks and well done to Ali.

The Club’s AGM will be held on the 21st November. Nomination forms are available on club website here, motions and nominations to be submitted to the secretary no later than the 7th November.

Our deepest sympathies to the Moynihan, O’Connor and Hope families on their recent losses. RIP.

Annual Remembrance Mass – The Club Mass for deceased members and friends will take place on Thursday November 7th at 8pm.  Please join us as we remember them.

Lotto There was no winner of the lotto on the 24th October, Numbers were 13, 15, 23 and 26. Next weeks’ jackpot is €15,400, next draw will be managed by Shay Hurson and is sponsored by O’Grady’s Hearing and Care Services. Lucky Dips (€30): Sinead Reilly, Mick Roche, Sean McGann, Rory Gilmore, James Casey, Peter Rooney, Larry Fitzharris, Jake McGann, Maria Stewart and Niamh Kenny.. Play Online here, Or Tickets can be purchased at the Club, or in Kenny’s Vesey Arms.

GAA for All (SARS Stars) is every Tuesday 5.15-6pm. This provides training for children with disabilities age 5-12. Newcomers always welcome. However it’s on a break this week for mid-term; and moves to Scoil Mhuire from next week for the winter.

Zumba Classes is on Tuesdays 8PM

Club Shop is NOT this Thursday due to Halloween.

The Lucan Credit Union Academy is on Saturday mornings 9.30am for girls, 10am for the boys.

Entry: €5 per person Records will be kept of the number of games won by all players (in the 12 games played at each table) over the season. Entry fees that exceed the prize money each night will be accumulated as prizes for the top players over the full season. Everyone is welcome - from beginners to those who played years ago and would like to resume playing so please spread the word! Club membership is NOT a requirement. Call Bill Ryan for further information at 086-8500376.

Just one game this week as our U21A hurlers commenced their championship campaign with a good win over Kilmacud Crokes in the quarter final - see match report below. Our Minor B hurlers face Clanna Gael Fontenoy in the championship semi-final on Wednesday night at 12th Lock, throw in at 7.45pm. Support would be appreciated as this group of committed young hurlers bid to make a County final.

Lucan last win the U21A championship in 2014 but hadn’t won a competitive match at that level since so this was a very welcome victory that sees them progress to the semi-final. Lucan got off to a great start with 2 goals inside the opening 10 minutes. CJ Smith forced home the first from close range after good work from Ciaran Dowling. Dowling also set up the second for Harry Ladd to finish. The opening minutes could have had a very different complexion had Crokes taken a goal chance in the first minute, but a great flick from Anto McNulty managed to keep their goalbound shot from the Lucan net. After that early scare, Lucan dominated throughout the first half with Ben Coffey, Ciaran Dowling and Cian McHugh all taking good scores as Lucan lead 2-14 to 0-7 at the break. Crokes were somewhat more competitive in the second half, but struggled to make inroads on a solid Lucan defence until two goals in quick succession had reduced the deficit to 6 points by the 54th minute. Harry Ladd calmed any Lucan nerves with his second, and Lucan’s third, goal in the 55th minute. However, Crokes responded again immediately with another goal at the other end. However, Lucan finished strong and were never in any real danger as they comfortably won by 8 points in the end. Overall this was a very good team performance by Lucan. The defence was solid throughout and the forwards took their chances well with Ben Coffey in outstanding form putting in a man of the match performance.