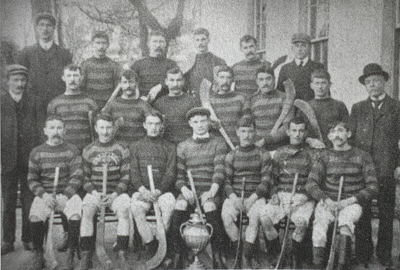 Founded in 1886, Lucan Sarsfields GAA Club is the largest sporting organisation in West Dublin, and the oldest.The club was also the first in Ireland to be named after the great Irish hero Patrick Sarsfield - who was born in Lucan around 1649 and became Earl of Lucan in 1690 - and began life as most GAA clubs did, with a group of local young men getting together and forming a club.

Gaelic games in the Lucan area actually date back much further than that with records of early football games going back as far as the 14th century when teams from Lucan and Leixlip took on one another on the frozen river liffey.

By 1896, thirty-four clubs had survived to remain affiliated with the Dublin County Board (Lucan represented on this occasion by a J. Harris of Mount Joseph) and it was a golden year for the club as we reached our first senior club final, where we lost out to Young Irelands. 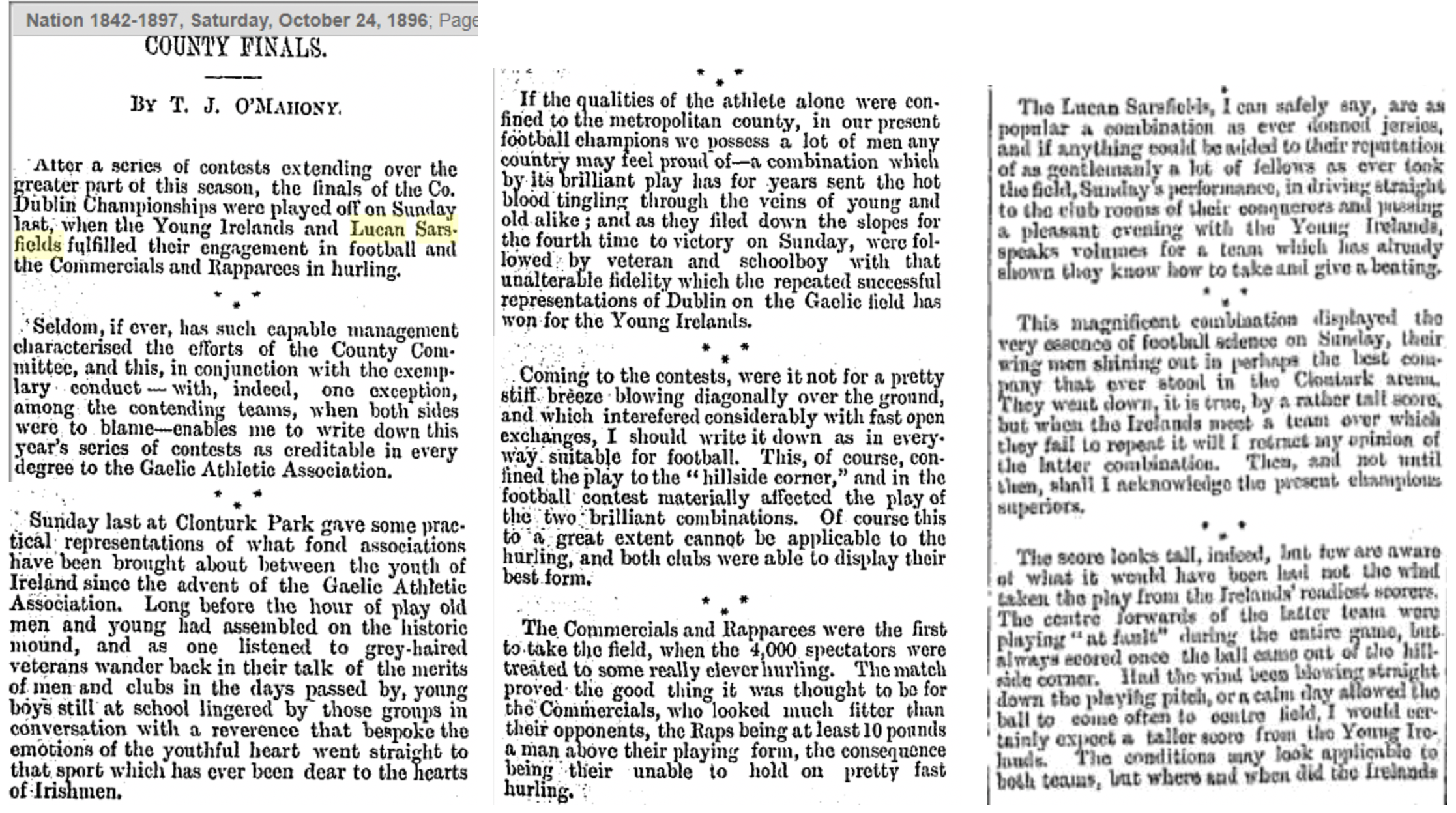 By 1904, Lucan Sarsfields were playing in the intermediate ranks, and the club's first silverware soon followed when they secured a famous win when they defeated Benburbs to win the Intermediate Football League.

That same year of 1904, the club's junior hurlers (pictured above) secured an historic double for the club when they won the county junior league. The team brought the Michael Smith Cup home to Lucan for the first time, but, rather amazingly, it would be another seventy years before the trophy would be seen again.

The oldest surviving minutes of Lucan Sarsfields GAA Club date to July 1943, recording a meeting that took place in Gahan's Café attended by Frank Brophy (chairman), E. Moffett (secretary), Ned Commiskey (treasurer), H. Condron, T. Malone, G. Parsons, Billy Kelly, Charles Molloy, P. Slattery and Joe Dignam.The club struggled through the rest of that decade but a major development came along in in 1949 with the first conserted efforts towards the development of underage Gaelic games in the Lucan, something that would change the course of the club's future for the better. 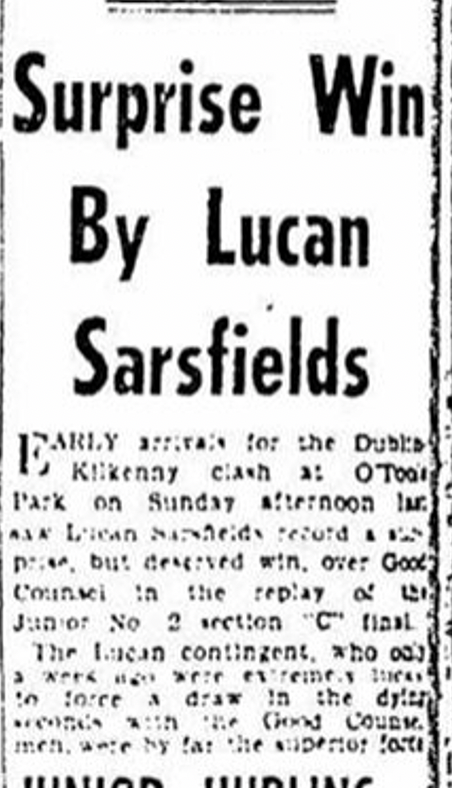